Study by VCU Physicists shows zinc’s oxidation state can be made +3. 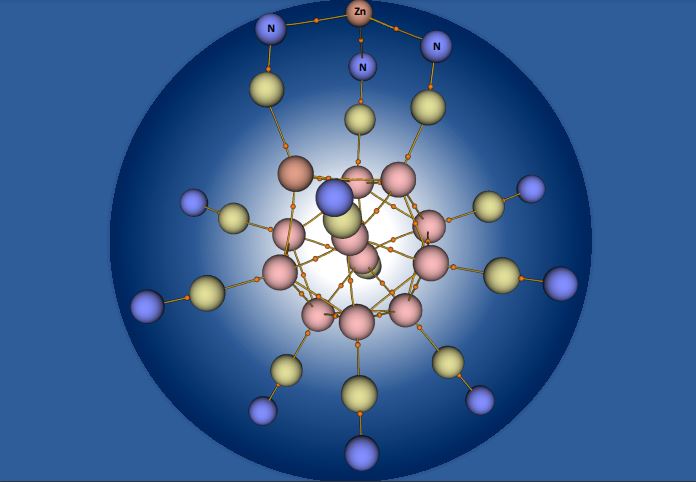 Zinc traditionally has a valence of two, meaning two electrons take part in the element’s chemical reaction. A new paper by Virginia Commonwealth University researcher Puru Jena, Ph.D., shows that the chemistry of zinc can be fundamentally changed, making it trivalent — or a valence of three — with the proper reagent.

“This technology allows you to manipulate chemistry at the fundamental level, making synthesis of new materials with tailored properties possible,” said Jena, Distinguished Professor of Physics in the College of Humanities and Sciences.

While zinc is categorized as a transition metal element, its third electron shell — arranged around the nucleus and containing electrons — is full, and unlike regular transition metals, does not take part in zinc’s chemical reaction and does not allow zinc to be magnetic. However, Jena found, when reacted with highly stable trianions, zinc’s properties can be changed.

“Its [third shell] d-electrons participate in chemical reactions and zinc can carry a magnetic moment,” Jena said. “This study shows that fundamental chemical properties of an atom can be changed.”

Jena’s paper, “Realization of Zn3+ Oxidation State,” was published in the journal Nanoscale. The research was funded by the U.S. Department of Energy.

Jena, the author of roughly 650 papers and 14 books, has conducted research on atomic clusters and nanoparticles for more than 35 years.

“The remarkable properties of nanomaterials are that they can be very different from their bulk counterparts. For example, gold, a noble metal, can be reactive when size is reduced to nanometers,” he said. “This is what we call modern day alchemy.”

Jena’s groundbreaking findings on zinc build on his past work, he said, as he and colleagues have been developing atomic clusters that can be highly stable when carrying multiple charges.

“We are always exploring new materials with properties that people thought are not attainable; we do this by controlling their size, composition and charge state,” he said. “The possibilities are limitless.”

In addition to Jena, the study’s co-authors include Hong Fang, Ph.D., a research assistant professor in the Department of Physics, and postdoctoral researchers Deepika, Ph.D., and Huta Banjade, Ph.D.